Sculptor Jonathan Sells carves out a piece of history

Creatures from the Jurassic Coast are being immortalised in stone by Sculptor Jonathan Sells, who is carving out their place in history with a new work at Lulworth Cove.

A five-foot tall sculpture depicts life that evolved during the Cretaceous, Jurassic and Triassic time periods up to 250 million years ago.

Jonathan Sells’ new sculpture, at Osprey Quay, was commissioned as part of The Isle of Portland Aldridge Community Academy. Children from the existing Underhill School on Portland influenced the design with their own ideas for their new school, and Jonathan was tasked with completing the stone panel.

Read more about the Osprey Quay sculpture here (this is a link to another website and will open in a new window). 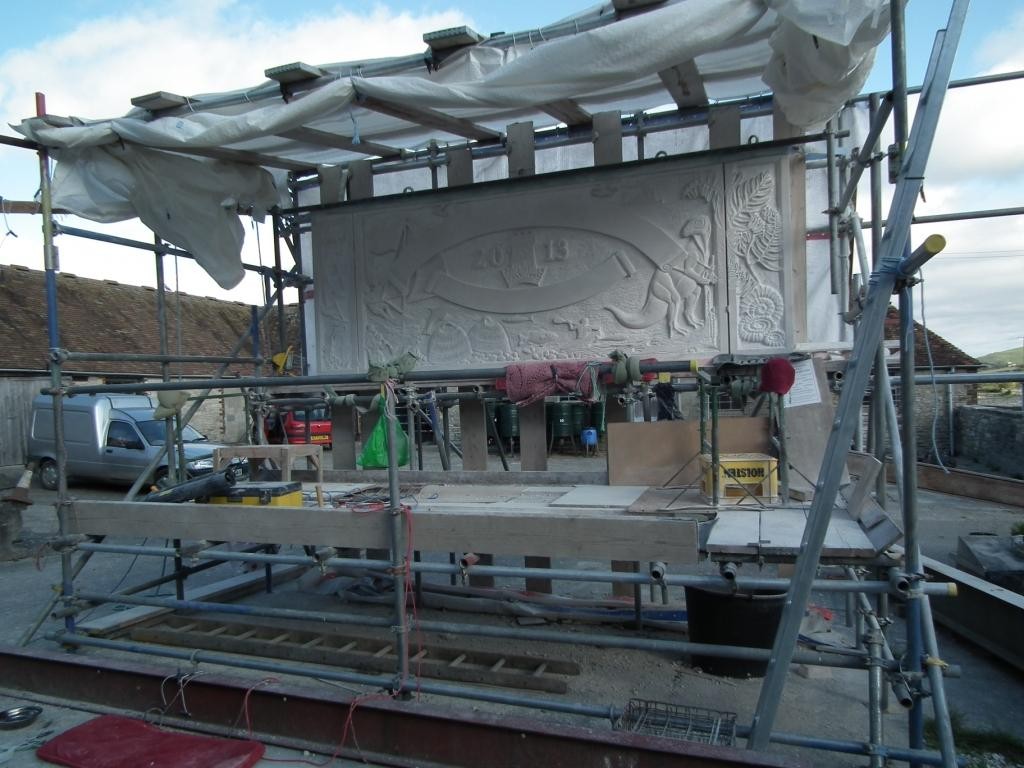